Questions are not lined up vertically

Some questions, at least on meta, are further to the right than others: 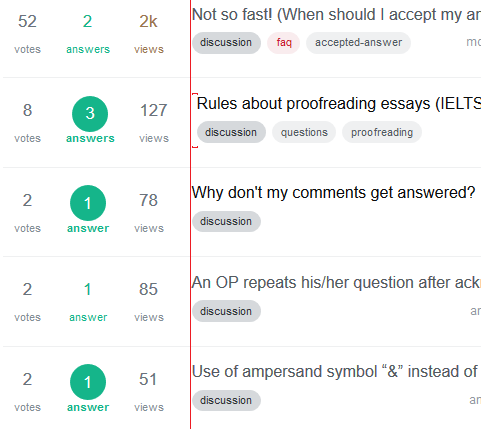 In this screen shot, I added red lines to try to show how the columns don't always line up. At first I thought the question title had a space at the beginning, but then I noticed the tags were also further to the right, and in fact the other columns aren't lined up properly either. 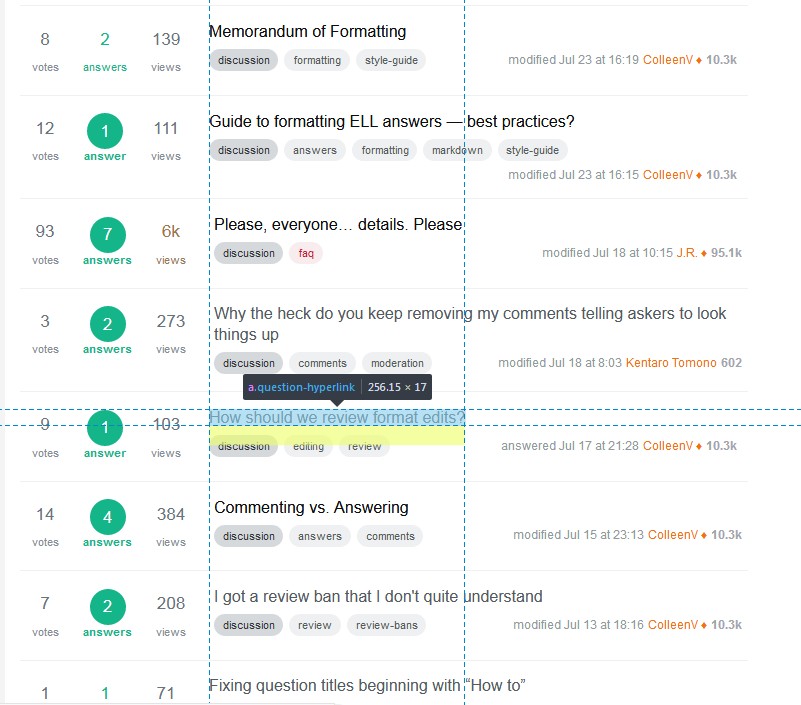 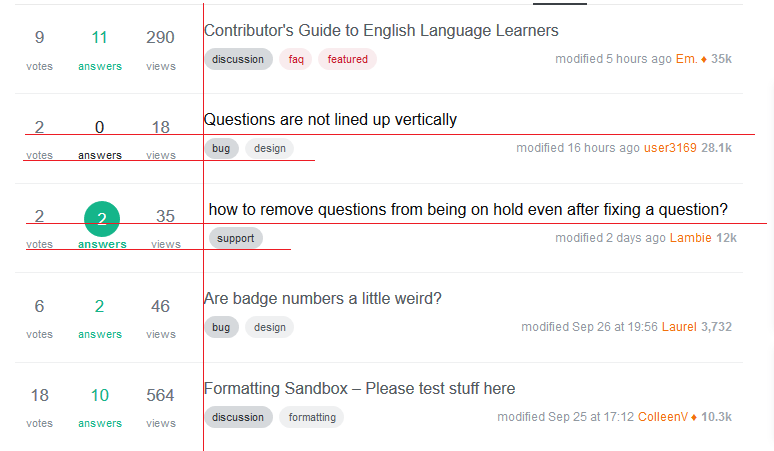 EDIT 2018-10-13: With the new design, things seem somewhat better, but they still aren't lined up quite right: 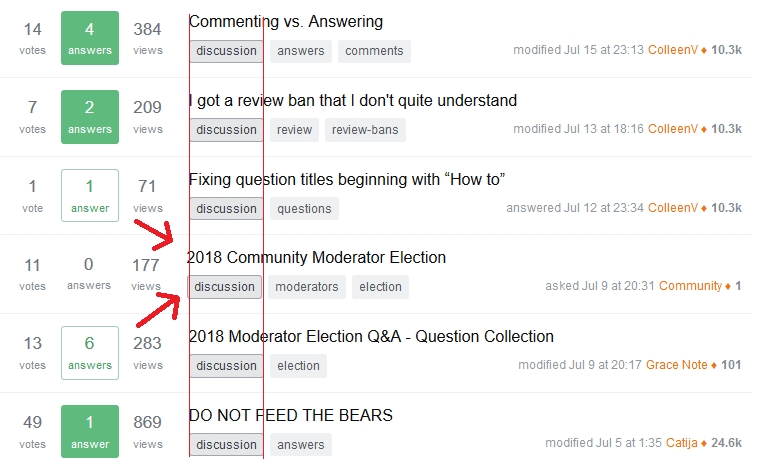 7
The difference between the reputation shown in the “all” tab, and the “year” tab is not 101 for all the users who get the association bonus
1
Question about Links to Migrated Questions
4
Why does 'unanswered' tab shows answered questions?
11
Indicator of “accepted answer” is not displayed in /questions
7
Why are some of the links on ELL not styled according to the color swatch in our design?
0
Why is it not possible to remove an upvote without giving a downvote
5
Are badge numbers a little weird?
5
English Language Learners' updated site theme is ready for testing!