How do you "Hello" ? Attracting English speakers from different parts of the world

So my husband and I had an idea for an ELL ad campaign to attract folks from under-represented English speaking regions to ELL, but I lack the artistic ability to pull it off and my husband is too busy to help right now. I probably should have mentioned that our brainstorming session was due to this discussion: How come I never see any Aussies on here?

The idea is to do a series of ads, each one with a different way to say hello and a graphic that evokes where the phrase might come from. For example, Howdy y'all/Texas, G'day mate/Australia, Aloha/Hawaii, How you doin'/Nate from NYC, or 'sup dawg/B-rad from the 'Bu.

Each ad would have the tag line "How do YOU 'hello'? and some text that might say something like "Stop by ELL and show us!". I think it would be really good to get several different but similar ads in rotation on different sites.

Obviously, it still needs some work and I could use some help to make it into something nice. Dammit Jim! I'm an engineer not a marketing guru or an artist! :)

Once we have something worked out, maybe folks active in other communities where it might be of interest (like Travel.SE) could suggest it as a community ad.

Here are the guidelines for community ads (size and such) for reference:
Community Promotion Ads - 2016

What do y'all think? (Oh and the verbing of hello was intentional, but I wonder if it would be better as "How do you say hello?") 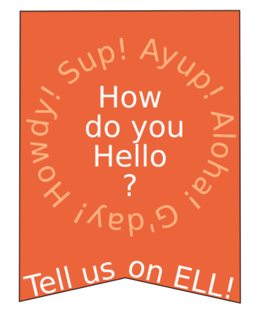 Think of it like a globe; each phrase approximately lines up with where on earth people say it. Here's the dialects that go with each phrase:

OK, this shows an embarrassing lack of artistry, but here's a mock-up of what I was thinking about. 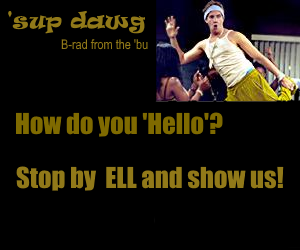 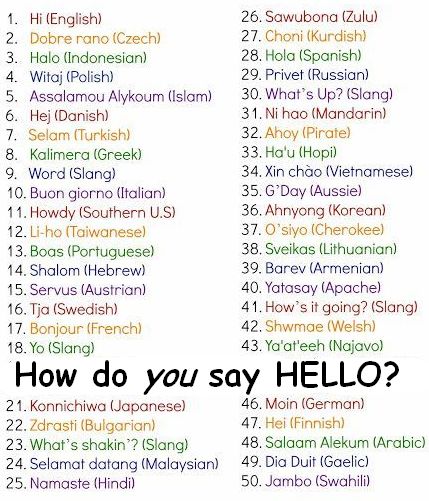 This is likely a mostly copyrighted image -- so this is an idea only.