Was my edit rejected for the (inadvertent) tag changes, or some other reason?

I may have found the need for a feature request in the iOS Stack Exchange app, although I would like to have my assumption confirmed.

I have raised this feature request on Meta, iOS app does not warn that a subsequent edit has been made.

The issue is that I attempted to make an edit to the question, How to use 'either or'?. The edit was rejected - which was fair enough: 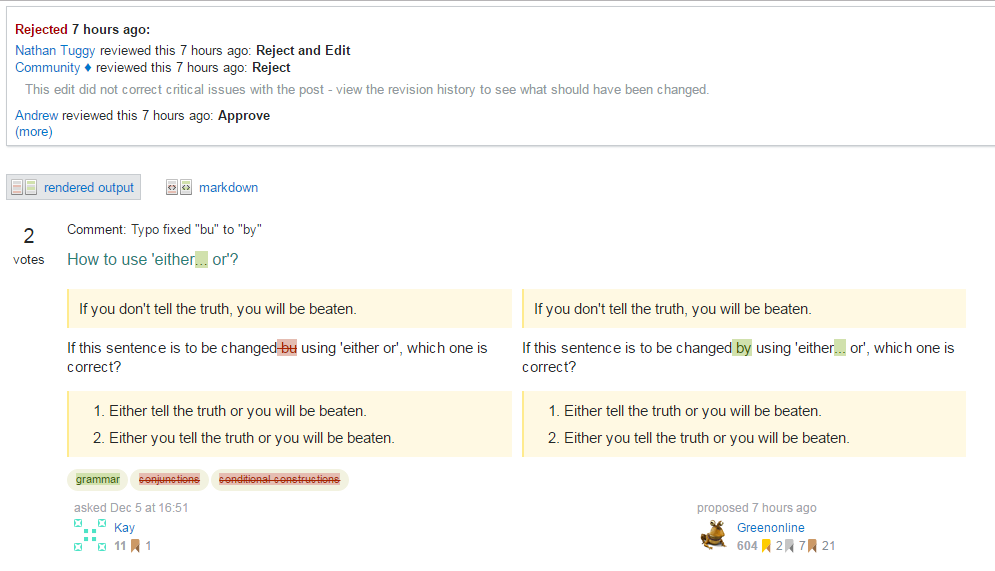 but the replacement edit was nearly identical (although my proposed ellipsis in the title was missing): 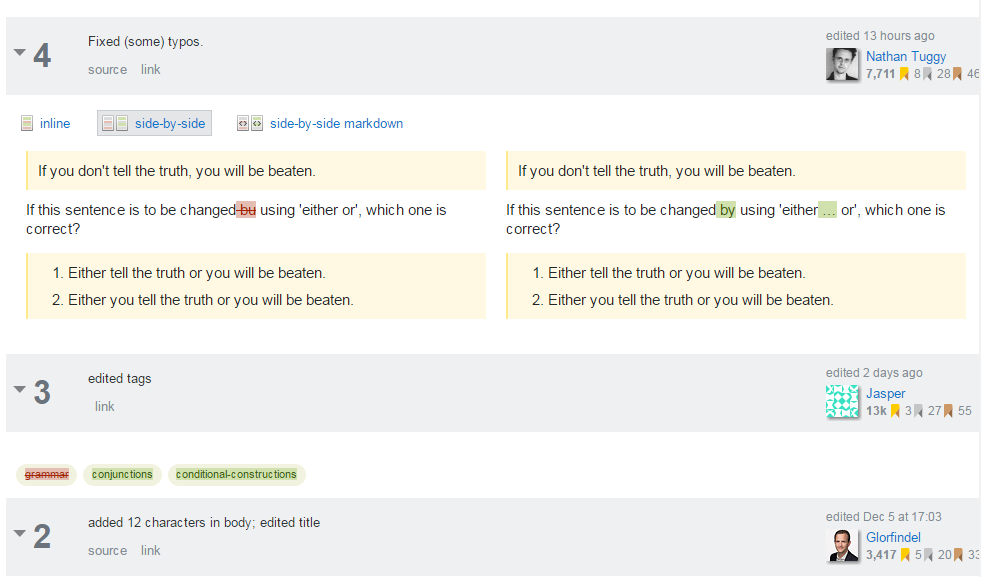 Therefore, I was rather stumped, as to why my edit had been rejected.

Long story short, was my edit rejected (as it should have been), because of the (inadvertent) tag changes, or for some other reason? I am assuming that it was due to the proposed tag changes, rather than the spelling correction and added ellipses.

If so, then I do apologise and that it was due to a deficiency in my version of the iOS app, rather than an intentional tag change. Hence, my feature request for the iOS app on SE.Meta

It was a "reject and edit", so someone in the queue noticed that you had accidentally reverted the tag changes, and they kept your edits and restored the tags, that's why it looks identical.

And just to give you a little more context, it was the Community Bot that actually rejected the edit after a reviewer selected "Reject and edit" instead of just "Reject" or "Approve". The comment under the community bot rejection is:

This edit did not correct critical issues with the post - view the revision history to see what should have been changed.

8
What's our editing policy?
6
Is the 'mathematics' tag really necessary?
10
Rejected migrations (deleted from the original site) are incorrectly locked
2
Minor edits on posts - should we accept them?
2
What is the scope of
0
How to know if a question edit is too big?
4
Why was my edit rejected even though the OP requested edits?
6
Display "link back" links on ELU questions someone has mentioned in an ELL question
8
We need to be more careful with suggested edits from low-rep users